The complex of monuments of the Ferapontov Monastery with the Dionisy’s wall painting is a rare example of integrity and stylistic harmony of the Russian northern monasterial ensemble of the XV – XVII centuries, revealing typical features of the architecture of the Russian centralized state development epoch.

Ferapontov Belozersky Monastery of Nativity of the Blessed Virgin was erected on the turn of the XIV-XV centuries, during the expansion of the Moscow Grand Duchy political influence, and for about 400 years it was one of the prominent cultural and religious educational centers in the Belozersk region.

In the second half of the XV century and the beginning of the XVI century, the Ferapontov Monastery became a significant spiritual, cultural and ideological center of Belozerye, one of the famous Zavolzhsky monasteries, which elders had a serious influence on Moscow politics.

XVI century is a period of the monastery prosperity. This is evidenced by the preserved letters patterns of secular and religious authorities, primarily Ivan IV.

The first Stone Church of Belozerye, the Blessed Virgin Nativity Cathedral, erected by Rostov masters in 1490, was the first element of the stone ensemble of the Ferapontov Monastery of the XV - XVII centuries. In XVI century the monumental church of the Annunciation with a refectory, treasury chamber and service buildings joined the monastery. Having recovered after the Lithuanian destruction, in the middle of the XVII century, the monastery craftsmen erected the gateway churches at the Holy Gates, Martinian Church and a bell tower.

After the World War II, when remarkable Novgorod cathedrals of the XII–XV centuries were destroyed by the fascists, Dionisy’s Frescoes remained one of few extant fresco ensembles of Old Rus of the Moscow mural school.

Dionisy is an outstanding icon painter, the most revered Russian artist of the end of the 15th - early 16th centuries, a contemporary of Raphael, Leonardo, Botticelli, Durer. Dionisy’s miraculously preserved wall painting in the Virgin Nativity Cathedral of Ferapontov Monastery, was not known till 1898. The monastery was painted by Dionysius, assisted by his sons Vladimir and Theodosius, for 34 days in 1502.

Ferapontov wall-paintings are not a classic fresco, they are made in the technique of multi-layer painting. The wall-painting of the cathedral covers about 600 square meters. The wall painting of the Virgin Nativity Cathedral that numbers almost 300 compositions and characters covers almost all the surface of the walls, vaults, pillars, window and door soffits. The size and proportions of Dionisy’s compositions harmoniously fit into the architecture of the cathedral, its interior and walls. The elegance and ease of the graphics, elongated silhouettes, accentuating the weightlessness of the saints, levitating in heaven, exquisite celestial colours and richness of shades and tints determine the originality of the Ferapontov cathedral painting.

The frescoes of the Ferapontov Monastery embrace a common theme of the glorification of the Virgin Mary, starting from the Akathist to the Holy Mother of God. At the end of the XV century, the Mother of God was recognized as the patroness of the Russian land.

The microchemical analysis of the original paintings mineral raw materials showed that Dionysy, like all other artists, painted with imported paints (probably Italian and German), bought wholesale on the fairs of Rostov or Moscow.

Dionisy used both chemical and natural pigments: malachite, poznyakit, atakamit, pseudomalachite. No other pieces of examined monuments of Western European painting contain such a great scope of green copper pigments. There is no such diversity in the Old Russian iconography as well, which is the individual manner of the master. 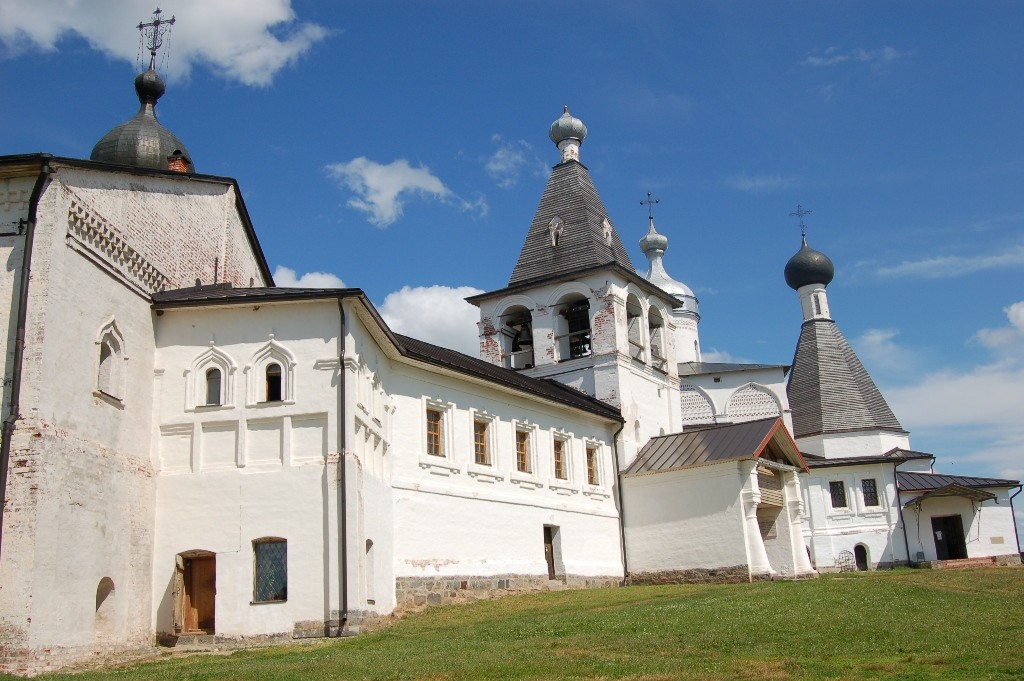 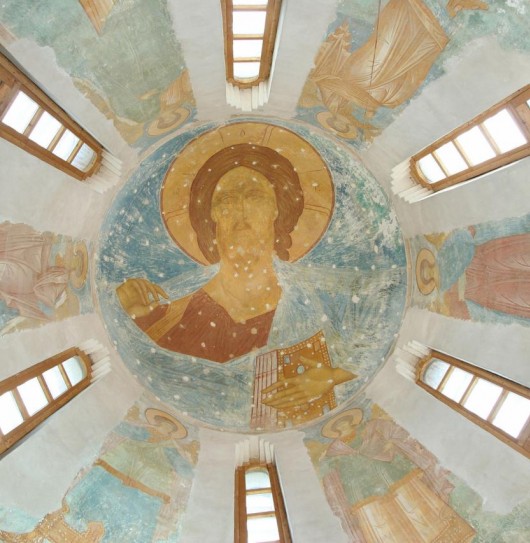 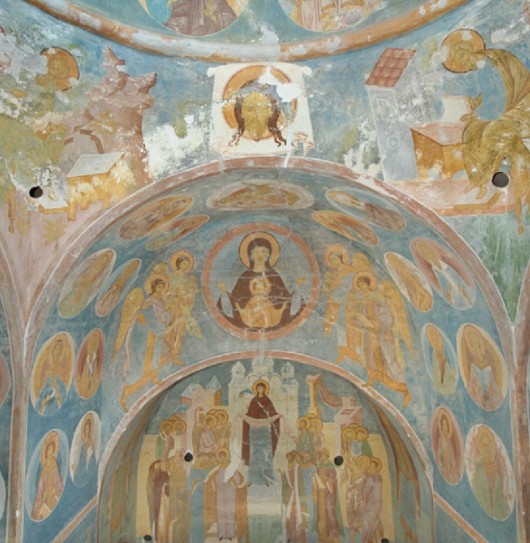 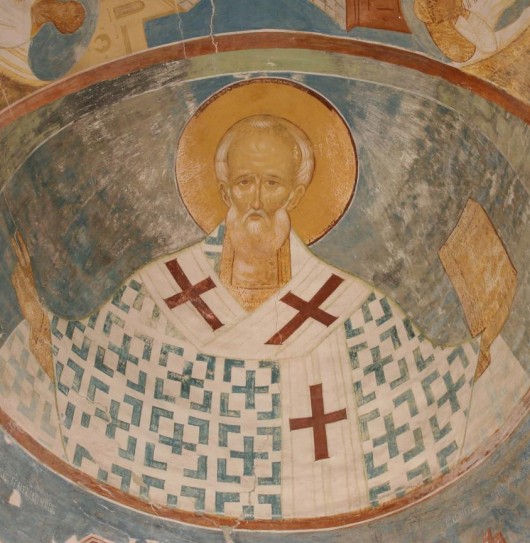