Totma is a cozy provincial town, almost devoid of modern buildings in its historical part. The main highlight of the town is a unique constellation of amazing temples.

This ancient, indigenous Russian city, was first mentioned in chronicles in 1137. Scientists believe that the first dug wells, used for salt production, appeared right here. With the introduction of the oprichnina Ivan the Terrible included Totma in the oprichnina lands and visited it several times. On his way to the North Peter I stopped in Totma three times, explored the salt industry (and even ventured as a salter), construction of river ships and pine ship timber harvesting.

In 1554 elder Feodosiy Sumorin founded a monastery, which is now a magnificent architectural complex of Totma and a place of mass pilgrimage.

The architectural decorations of the Totma cathedrals reveal an under-reported events of Russian history - the discovery of Russian America. Twenty expeditions to America - a fifth part of all known - were organized by local residents. One of the galliots sent to Alaska was called Totma. Image of a black fox on city emblem and special ornaments on its cathedrals, called "Totma Baroque" are symbols of the discoveries of Totma seamen. The picturesque beauty of the city, located on four hills, was captured in the poems of the Russian poet Nikolai Rubtsov.

Numerous museums, located in the city, show its rich history: the local history museum, the museum of church antiquity, the house museum of Ivan Kuskov (the famous seaman-founder of Fort Ross in Northern California), the house museum of the poet Nikolai Rubtsov, the museum of seamen, the Tsareva folk museum with the exposition devoted to flax ("Flax is a fellow of female fortune"), the complex of Spaso-Sumorin monastery with a shrine with the relics of the Monk Theodosius, the founder of the monastery.

You can get detailed information about the stay in the city at the Tourist Information Centers located at the following addresses: 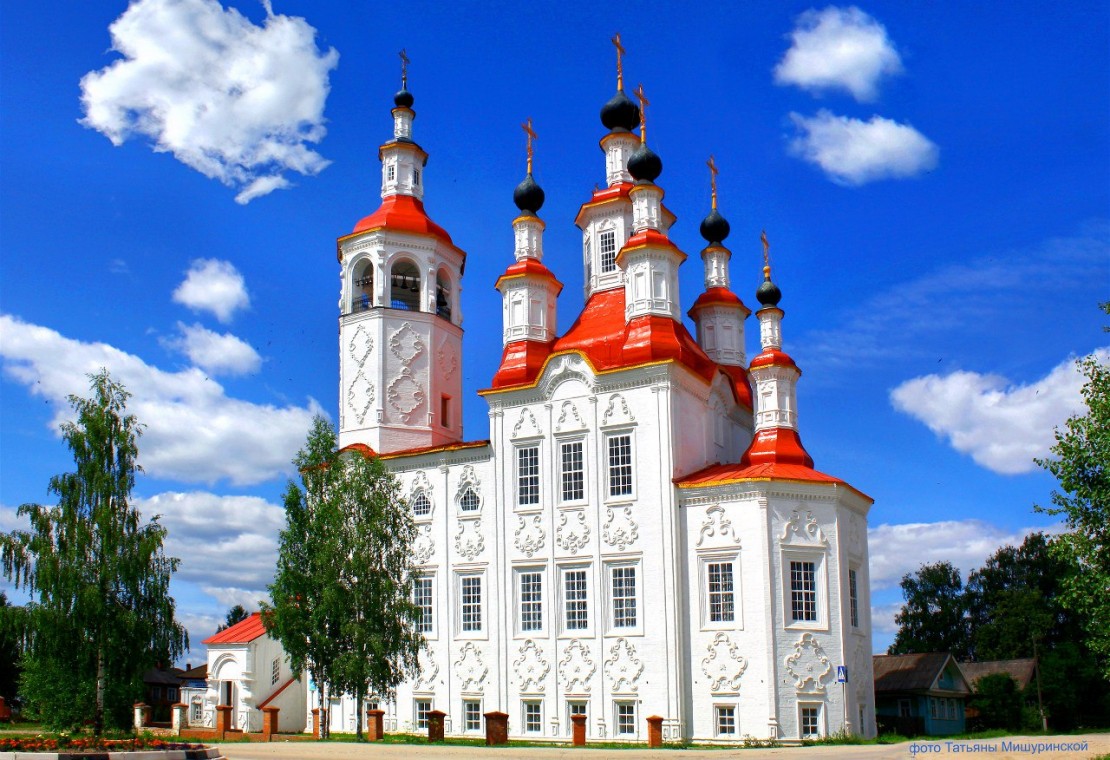